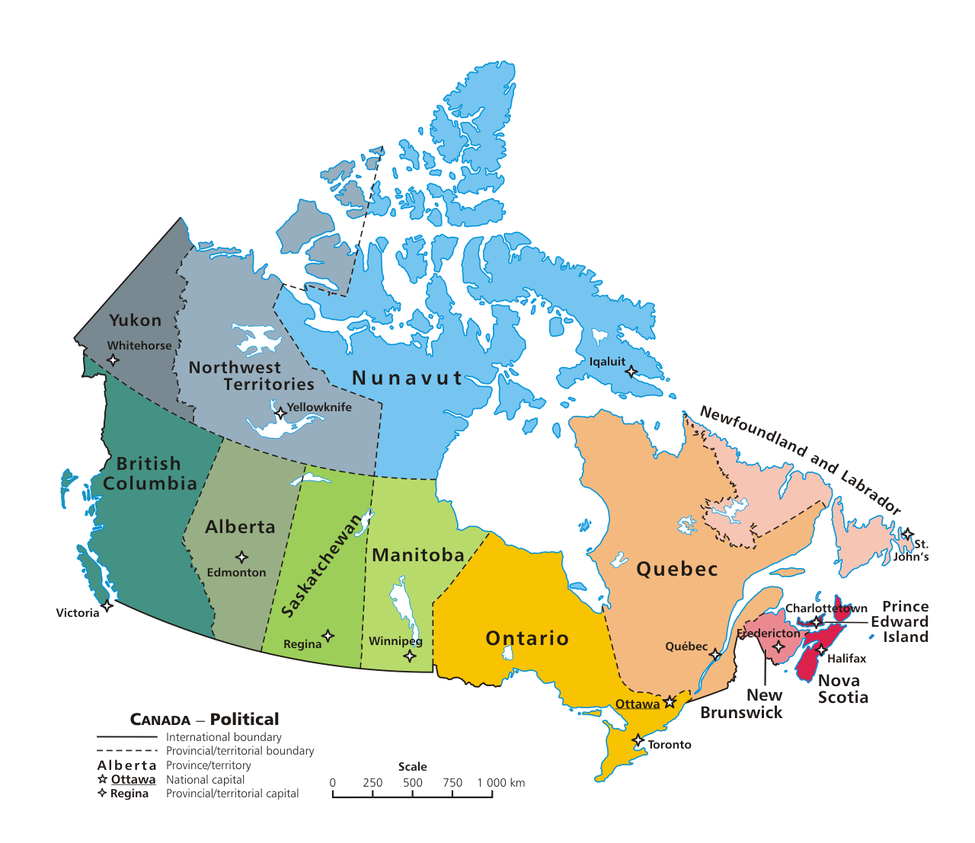 With a strong economy, magnificent scenery and an excellent social security system, Canada is a dream travel destination. Although sparsely populated and cold in winter, the second largest country in the world offers travellers a warm welcome. Canadians are known for their cheerful humour and self-deprecating manner.

Canada is a land of vast distances and rich in natural resources. The North American country stretching from the U.S.A. in the south to the Arctic Circle in the north. Canada borders three of the world’s five major oceans, the Atlantic Ocean in the east, the Pacific Ocean on it’s west coast, and the Arctic Ocean to the north. Canada shares the world’s largest international border with the USA to the south.

Canada is divided into ten Provinces and three Territories. Covering 9.98 million square kilometres (3.85 million square miles), it is the second-largest country in the world (after Russia) by total area. And with a population of only 37 million people, Canada has vast swaths of openness and wilderness, and plenty of opportunity for adventure.

Modern, culturally diverse, and progressive, Canada is consistently ranked as one of the best countries to live in. Major cities include the massive metropolis of Toronto, Ontario (4th largest city in North America); Calgary, in oil rich Alberta; Vancouver, in beautiful British Columbia; French-speaking Montréal and Québec City in culturally rich province of Québec; and Ottawa, the nation’s capital.

Parks Canada was established on May 19, 1911. Back then, it was known as the Dominion Parks Branch and it became the world’s first national park service.