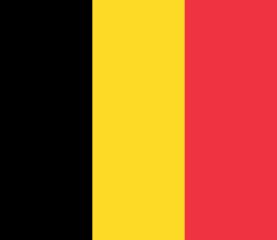 Belgium, a country in Western Europe, is known for medieval towns, Renaissance architecture and as headquarters of the European Union and NATO. The country has distinctive regions including Dutch-speaking Flanders to the north, French-speaking Wallonia to the south and a German-speaking community to the east. The bilingual capital, Brussels, has ornate guildhalls at Grand-Place and elegant art-nouveau buildings. (via Google)

Travel Advice From Other Governments