Together with his old friend Pierre Hourticq, snowboarder Victor de le Rue tries to write a new story in the iconic mountains near Chamonix. Frozen Mind is not just a freeride lm, it is a story of friendship and a journey of discovery as the two men take unique paths in order to conquer the same objectives.

In Frozen Mind, the pro snowboarder Victor de Le Rue is testing the limits of what is possible and challenges himself against unforgiving, ice-covered slopes in Chamonix, France.

Chamonix is one of the most prestigious places for mountaineers in the world. Now these dramatic mountains lure more and more skiers and snowboarders to ride the steep, unforgiving faces and it is in Chamonix that we will discover the adventures and evolution of Victor de Le Rue.

It is being together with his old friend Pierre Hourticq, mountain guide that Victor will try to write a new story in the iconic mountains of the Mont Blanc Massif, riding extreme slopes of more than 45° that also have extreme consequences. Frozen Mind is not just a film based on snowboard/ski performance. It is above all a story of friendship and a journey of discovery as the two men take unique paths in order to conquer the same objectives.

American alpinist Adrian Ballinger climbed K2, the “Savage Mountain” in 2019, reaching the summit of the second tallest mountain in the world without supplemental oxygen.

“K2 is a savage mountain that tries to kill you.” That is how climber George Bell described the infamous peak after the first American expedition in 1953–forever giving the mountain its nickname–The Savage Mountain. Sixty-six years later, Eddie Bauer mountain guides Adrian Ballinger and Carla Perez aim to summit the 8611-meter peak and join a community of explorers fewer in number than those who have been to outer space. Even more incredible, they both will attempt the feat without the use of supplemental oxygen. Every step of the way the team faces hazardous conditions, terrifying setbacks, and crushing misfortunes. But as Ballinger puts it, “I’ll go until the mountain tells me I can’t go anymore.”

The commercialization of Mount Everest The crowds climbing Everest are spoiling one another’s views and polluting the region. Less than one-third will summit. 4% will die trying.

However the economies of Nepal and Tibet depend on these climbers, contributing some 10% of Nepal’s GDP.

It’s an additional US$70,000 to retrieve your body should you fail trying.

When Tenzing Norgay and Edmund Hillary first reached the summit of Everest in 1953, mountaineering was a sport reserved for alpine clubs, national expeditions, and scientific pursuits.

But in the early 1990s, everything changed.

Realizing that there was a business opportunity in leading Western adventure seekers up Everest, climbers like Rob Hall (Adventure Consultants) and Scott Fischer (Mountain Madness) convinced Nepalese officials to expand foreign access. John Krakauer’s 1997 bestseller Into Thin Air, which chronicled the death of 8 climbers (including Hall and Fischer) on one of these early expeditions, only further stoked demand. 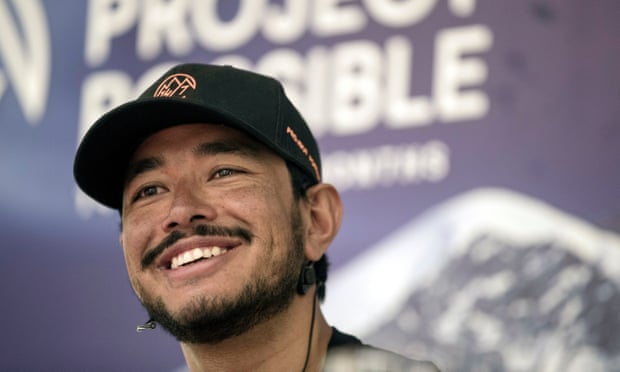 The new restrictions are directed at regular tourists. Mountaineers, scientific researchers, and geological disaster researcher are still be allowed inside the reserve.

Tourists will now no longer have access to the research base camp and can only reach as far as the Rongbuk Monastery at 16,400 feet above sea level. Only those with proper permits will be able to access base camp just over a mile away — and, with that, go beyond base camp onto the mountain.

Tibet Autonomous Region Sports Bureau said in a statement that during last year’s climbing season, they collected 8.4 metric tons of waste including garbage and human waste from the core area.

The People’s Daily reported that this year, authorities are restricting permits to only 300 climbers and the mountain is only open to climbing during the spring.

China will also now charge a $1,500 per climber rubbish collection fee and each climber will be required to bring down 8 kilograms (17.6 pounds) of garbage back down with them to hand over to authorities.

Watch: What to wear in winter

In 2018 We Redefined Human Limits

Watch: Loved By All: The Story of Apa Sherpa, the Man Who Climbed Everest 21 Times

“The true beauty of Nepal is not the mountains, but the people who live in their shadow.” ~ Apa

Every spring the summit of Mount Everest draws people from around the world. But in its shadow live the Sherpa, a resilient, religious people, who, despite the riches surrounding the highest peak on earth, are still quite poor and uneducated.

A child of the Khumbu, Apa Sherpa climbed Everest 21 times. Pulled away at the age of 12 to work as a high altitude porter, like so many others, he would leave his family for months, risking his life on the mountain. Through his work at the Apa Sherpa Foundation, he aims to create a different future for his people.

As Apa says, “without education we have no choice.”

Four Noble Truths comprise the essence of Buddha’s teachings. The first  identifies the presence of suffering. This is evident in this film as we witness Cody Townsend and Chris Rubens head up the Tibetan Plateau in pursuit of skiing adventure.