Meet Fernanda Maciel, the Brazilian woman who ran up and down Mount Kilimanjaro in 10 hours

Back in 2017, she conquered Africa’s tallest mountain, Mount Kilimanjaro (5,895m), running up and down the peak in just over 10 hours, setting a new female speed record for the round trip and beating the previous time by almost three hours.

Fast forward to the present and Fernanda holds records for being the first female to run up the highest peak in the Americas, Aconcagua (6,961m) as well as her record on Kilimanjaro.

Wired For Adventure magazine has a profile of Fernanda Maciel in the current issue.

END_OF_DOCUMENT_TOKEN_TO_BE_REPLACED 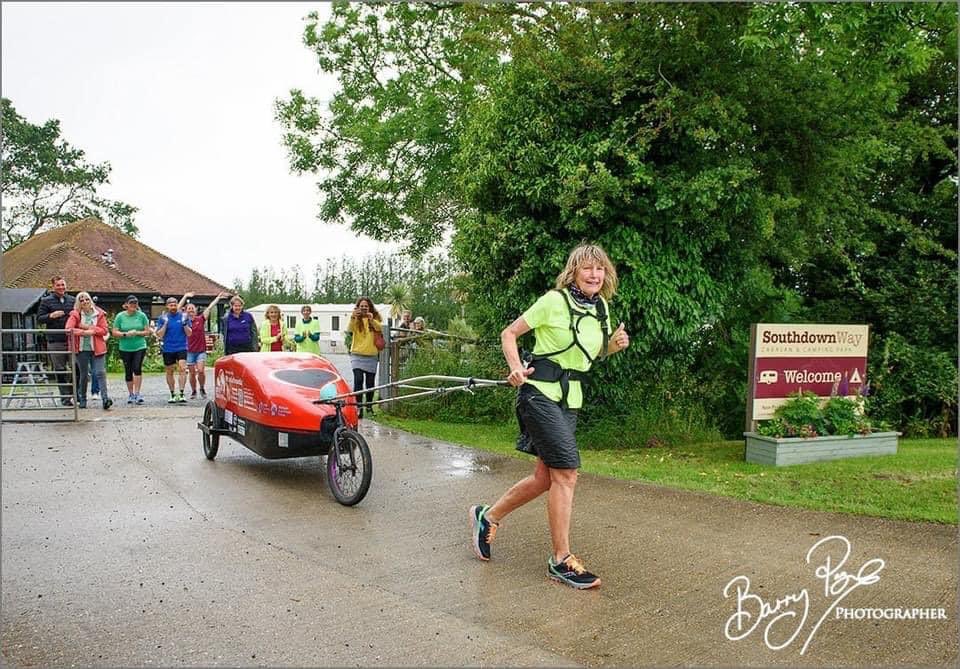 In July 2018, Rosie  started her 8,500km run that would have taken her through 18 countries. But for pandemic, she was ordered to stop her run in Turkey.

Rosie has remained determined to reach Nepal, but instead of continuing on from Turkey, she has restarted from the UK and is taking a different route in an effort to reach Katmandu and raising funds for the “charity PHASE Worldwide who work with remote Nepalese communities.”

END_OF_DOCUMENT_TOKEN_TO_BE_REPLACED

Behind the Scenes » “Her Way” — Overcoming Women Stereotypes In The Outdoors

Here is a bit of the story and behind the scenes of the making of Her Way. Her Way is released last month and can be viewed here .

Separated by a total of 47,483km plus 19 hours of time difference across 3 different continents during a global pandemic is how the production team of the #SalomonWMN short documentary “Her Way” despite all odds managed to bring this project to life.

Alastair Humphreys tells us how he chooses his adventures

How do you choose your next adventure when there are so many options available?

Wizarding up ideas for adventures is one of my favourite things to do. I find it enjoyable, exciting, but also easy. If I was a specialist I would need to search for something higher, harder and faster within my niche every time I wanted a new challenge. But because I am a generalist, I make the next adventure more challenging by making it differently challenging to previous projects. It is an important part of keeping adventure fresh for me.

I am surprised how often people tell me that they really want to do an adventure but don’t know what to do. Hopefully this walk-through of the way I come up with ideas might get your own adventure cogs whirring…

Frances Mills » Why I’m running 5,000 miles around the coast of Britain solo

It has taken four winters so far, but wild beauty, nature and the kindness of strangers en route make this slow journey more than worthwhile.

Frances Mills, writing in The Guardian »

I hope to return to the trails soon: I have 2,000-odd miles still to go around Scotland, on the most isolated and challenging terrain. When the storms broke my tent by snapping its poles, as happened during Storm Fionn in January 2018, I was pretty annoyed. Not annoyed enough for it to get in the way of sleep, though. Sure that nothing too important had blown across the field, I stubbornly wrapped my crumpled tent around me and drifted off. It would take a week to get my tent repaired and in the meantime a few friends of friends reached out and offered me a tent to borrow, a couch to sleep on and a chance to stay in a community-owned bright blue converted bus that was parked in the chalk hills of the South Down national park. Before the day was out, I was sitting round a campfire chatting to new friends, something I would have missed had my tent been in one piece.

Video » “Her Way” — Overcoming Women Stereotypes In The Outdoors

“Her Way” illustrates how we all have the ability to be and achieve more if assumptions and stereotypes are ignored. the film tells the stories of three women who have chosen to ignore stereotypes as they chart unique life paths—a single mother and member of the first all-female firefighting team in South Africa; a Chinese-born structural engineer and trail runner in New Zealand; and a delivery nurse and mother of four with a love for America’s National Parks.

THE STARS OF “HER WAY” ARE:
Born in the small town of Beaufort West, South Africa, Vuyiseka Arendse began volunteering as a firefighter when she was 19. Now 26, the single mother and family breadwinner works for the NCC in Cape Town as a member of the Juliet Crew, the first-ever all-female firefighting team in the country, protecting local landmarks from wildfires in the Western Cape region.

Chinese-born Nancy Jiang moved with her family from Ma’an Shan to Auckland, New Zealand when she was five. She studied structural engineering and today is the only female engineer in her firm. Small in stature and needing to prove herself in the workplace, she found her release through a love of trail running in the mountains above Queenstown, despite having been told as a kid that “Chinese people do not run.”

A caregiver at heart, Melody Buck Forsyth is a mother of four and a delivery nurse. In 2015, she gave birth to her daughter, Ruby, who was born with Down Syndrome. Despite “sometimes getting looks on the trail” because she might not fit the hiker stereotype, the outdoors has served as an escape for Melody and her family, where they connect and decompress.

Confused by the 2016 federal election results, Rickey Gates decides to run cross country in an attempt to get to know better the people of his own country.

In a time of uncertain politics and a crescendo of differences, American Ultra-Runner Rickey Gates sets off on foot across America. In the midst of the 2016 National Elections, which saw Republican candidate Donald Trump win the presidential elections,  Gates realised that the America he knew wasn’t necessarily the America that was. Intrigued and curious, Gates decides to head out and see for himself in order to try understand and empathise with his fellow Americans. Starting out on the edge of the Atlantic Ocean in South Carolina, Gates journey takes him 5 months and nearly 3700 Miles to the Pacific Ocean in San Francisco, California. What begins as a search for the true America, during a period of political turmoil, ultimately becomes a story of identity as Gates begins to find clarity and meaning in his own life.

Growing up in a traditional Nepalese village wasn’t easy. Mira faced a life of long-term struggle, working in the home and raising a family. However, Mira is anything but traditional. Instead, she chose to follow her own path and is doing all she can to chase her dreams to become a professional runner. From Nepalese stereotypes to being kicked out of the Army, Mira found running as a way of escapism.

Homeless and broke in Kathmandu, with only a pair of broken trainers, Mira had nothing to lose when she entered the Himalayan Outdoor 50k Festival. What Mira didn’t realise was that the first 50k she would ever run, would change her life forever. “In the last 10km I was feeling not okay. I thought, I have to do something in this race. As I ran, I realised I’ve been doing this all my life. I finished 1st place. I gained confidence that I was able to do this sport”.

Bai Bin, a Chinese man, has become the first to finished a 24,000 km, 433 days (14-month), fourteen country run from Antarctica to the Arctic Ocean.

Beginning at the Great Wall Station in March 2018, Bai Bin arrived at the Arctic Ocean in Inuvik, N.W.T. in May 2019. END_OF_DOCUMENT_TOKEN_TO_BE_REPLACED

In 2018 We Redefined Human Limits